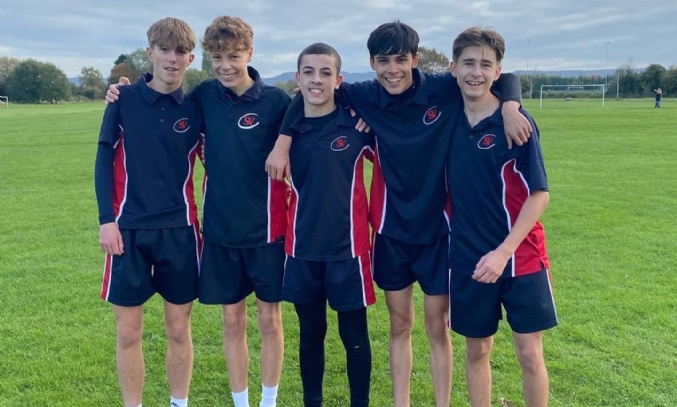 On Friday 5th November 32 students across Year 8, 9 and 10 took part in the Gloucester Cross Country Championships competing against all schools from across the local area. The top 15 finishers in each race were invited to compete for the Gloucester team in December's County competition.

As a school we had some excellent results: Finley Williamson in Year 10 came 2nd in his race where he was competing against students in Year 11, this is a fantastic achievement meaning Finley is the strongest Year 10 cross country runner in Gloucester! In Year 9 Ben Mandeville came 15th out of 100 in the Year 8 and 9 race with Year 8 Will Hines coming 16th, just missing out on the County Championships by one place. Year 10 Anja Brotherston came 12th in the combined Year 10 and 11 race.

The students worked incredibly hard, conducted themselves brilliantly and were great ambassadors for the school.