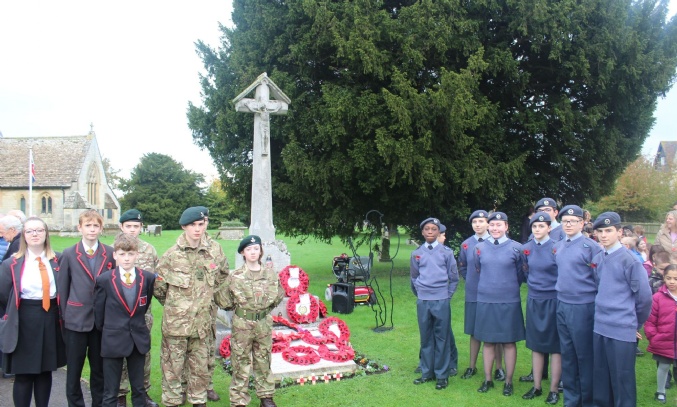 Severn Vale was represented by members of the various cadet groups at the annual Quedgeley Remembrance Day service at St James' Church.

On Remembrance Day, a group of Severn Vale School students represented our school at the memorial service at Saint James’ Church Quedgeley. We were joined by primary school pupils and local dignitaries.

Our pupils represented three different type of cadet groups; Air Cadets, Army Cadets and Police Cadets. The students looked incredibly smart in their uniforms and were obviously very proud to be a part of such a moving service.

The service started with the band playing The Last Post. Followed by one-minute silence and prayers.

All present sang the national anthem, which the students did with great pride. Each group laid poppy wreaths onto the church’s memorial statue.

Severn Vale School wreath was laid by Benjamin Lawson-Davis and Olivia Otterwell as our most senior cadets. 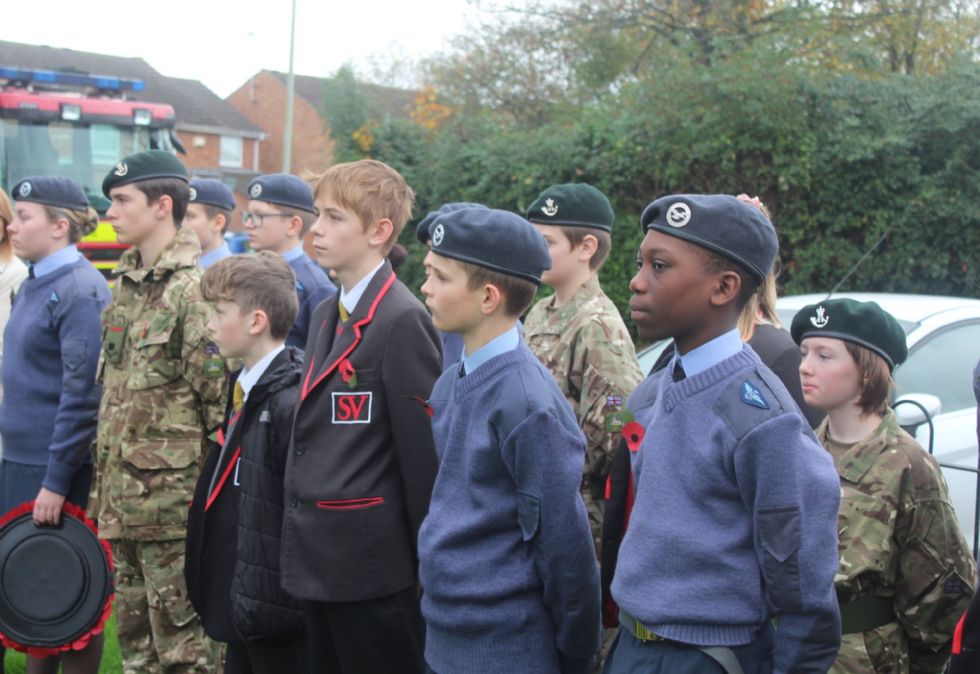 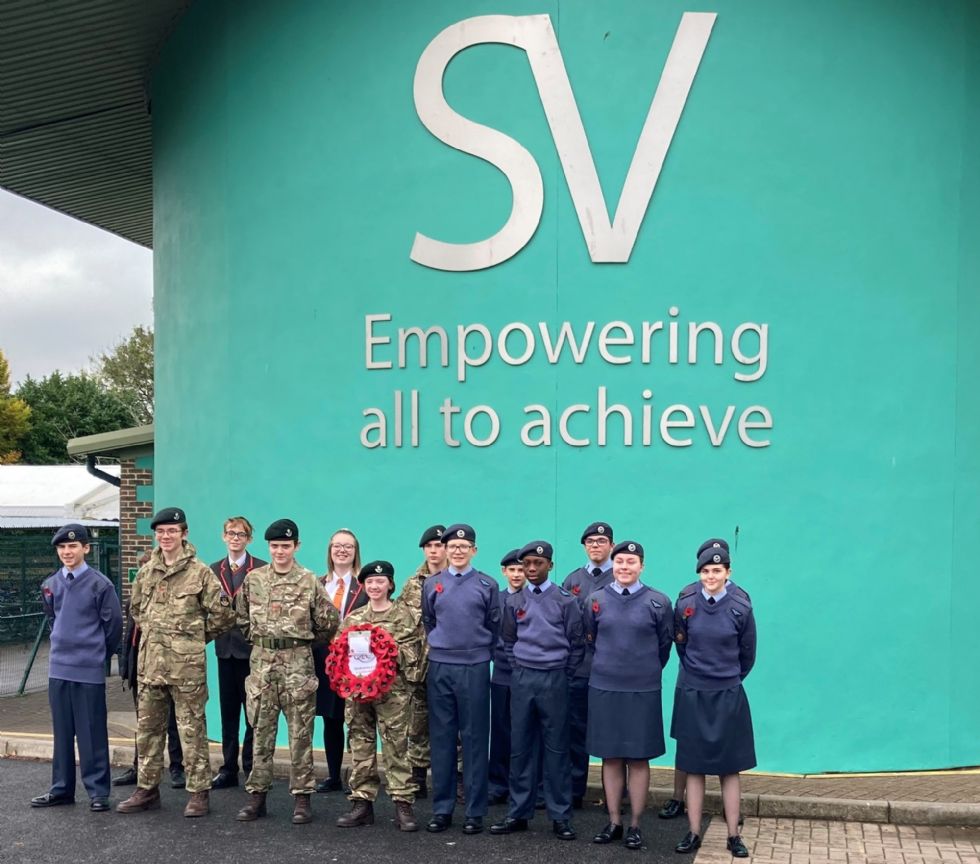