U14 District Football at Severn Vale 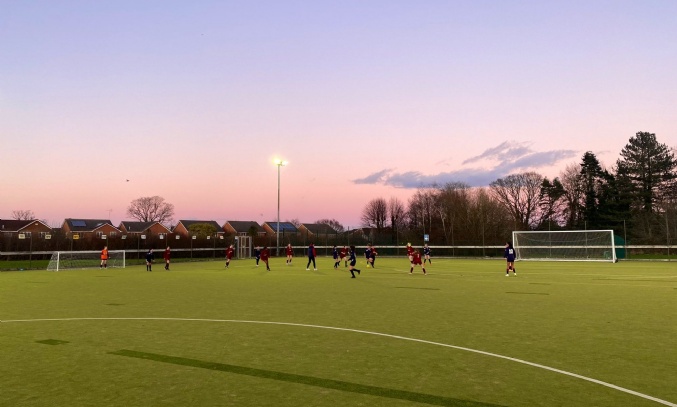 Severn Vale hosted the District U14 girls football tournament with over 60 girls involved.

On Thursday 28th January we had a fantastic evening hosting the U14 District Football Tournament. Severn Vale came 2nd with Barnwood Park taking the top spot. There was fantastic football on display from all teams involved and the tournament was played in brilliant spirit.

The combined Year 8 & 9 team won 2-0 vs Ribston, 1-0 vs Denmark Road, drew 1-1 with Crypt and drew 0-0 with Churchdown and eventual winners Barnwood Park. The team was captained by Kayleigh Taylor and goal scorers were Mia Paterson, Lauren Lagan and Elle Moroney. Mrs Haines' player of the tournament went to Lauren Lagan but there was a superb effort from all involved.

On to the Year 8 District tournament next Thursday!