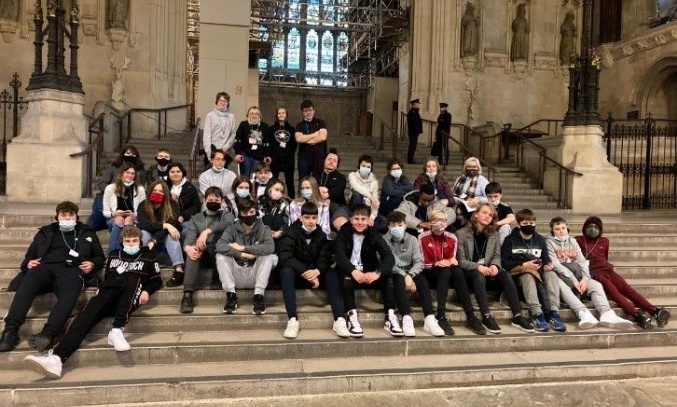 This term, students from Yr10 headed down to London for the day to visit Westminster and have a tour of both the House of Commons and the House of Lords.

Before heading into Parliament we went on a tour of London taking in some of the major political landmarks along the way.  As has become the norm, students saw democracy in action, with various protestors making their case on the streets of the capital.  Whilst we may not have agreed with everything they were shouting (or in some cases singing), we all agreed that we were glad people had this right, unlike in so many countries, where speaking out could cost you your freedom. 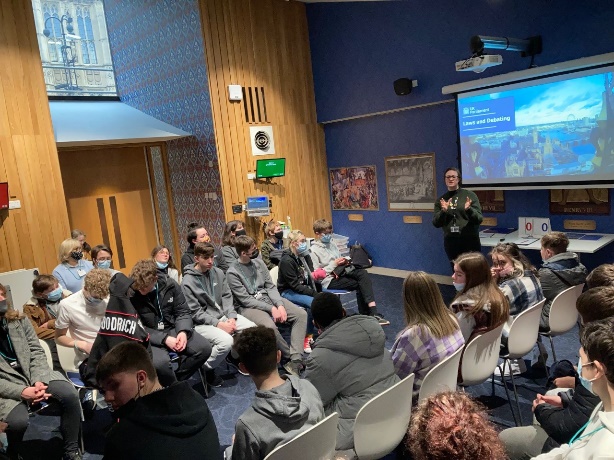 After our tour of Parliament students took part in a workshop run by the parliament education service, where they explored the making of laws in this country.  Students debated the issue of votes at 16 with impassioned, informed arguments on both sides.

The day finished with a Q&A session with our local MP Richard Graham where he impressed upon them the importance of diplomacy, both in global conflicts and domestic affairs.  It was interesting to see how he framed Parliament as a place where parties argue, so we don’t have to. Certainly something to think about.

As always, the students were a credit to the school, with their tour guides commenting on how extremely knowledgeable and informed they were.  Something that comes as no surprise to us!